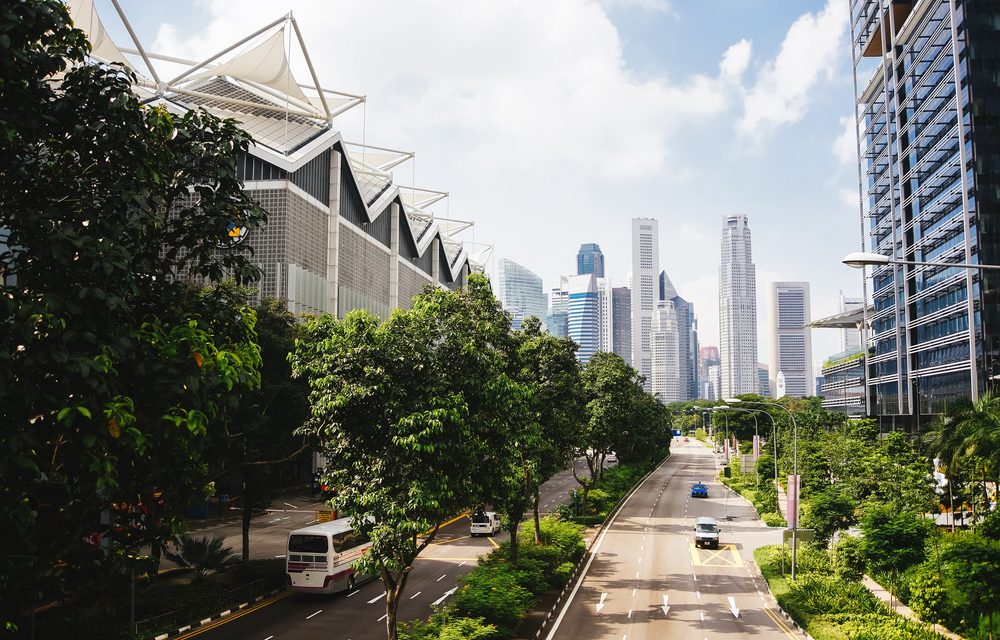 In the last two year, Asia Pacific region’s progress on achieving their Sustainable Development Goals (SDGs) targets has considerably slowed down. At the current pace, the region is expected to miss most of its 2030 goals.

Although there is considerable disparity in all five of the sub-regions, the South-East Asia subregion has regressed on Goal 6 (clean water), Goal 11 (sustainable cities) and Goal 14 (live below water) while action on Goal 13 (climate action) is still lagging.

Regional engagement and partnerships are urgently required to guarantee that no nation in the APAC subregion is left behind as SDG development stagnates or regresses.

The UNESCAP report titled “Asia and the Pacific SDG Progress Report 2022: Widening disparities amid COVID-19” analyses progress towards the Sustainable Development Goals (SDGs) in Asia and the Pacific and its five subregions. It also examines inequalities and vulnerabilities among different population groups. It assesses gaps which must be closed to achieve the goals by 2030 and leave no one behind. This assessment is designed to ensure the region’s actions remain on target and shortcomings are addressed as they arise. It is a resource for all stakeholders involved in prioritisation, planning, implementation and follow-up of the 2030 Agenda for Sustainable Development in Asia and the Pacific.

Many factors seem to have contributed to this, including continued unsustainable development pathways coupled with an increase in the frequency and intensity of human-made crises and natural disasters. The coronavirus disease (COVID-19) pandemic is the latest in an ongoing stream of challenges. Although available data may not yet include the consequences of the pandemic, its impact in the region is undeniable. The burden of ongoing crises and conflicts, which have high human and financial tolls, may have set the 2030 Agenda back as limited resources are further constrained and must be reallocated to adapt to new conditions or replace damaged infrastructure.

As the first six years of the 2030 Agenda have passed, the slowdown could be because the remaining development challenges are harder to overcome. The vision and ambition of the 2030 Agenda are no less critical and relevant today than they were in 2015. In this era of the COVID-19 pandemic and other disasters, the 2030 Agenda and the framework of the 17 SDGs provide the most comprehensive road map for recovery. In fact, achieving the goals is more urgent than ever as the world faces existential challenges across the economic, social and environmental dimensions of development.

While the finish line may now be further off than ever before, getting there must remain at the top of every nation’s development agenda. While the region has made progress towards several of the goals, further action is needed for the region to achieve its 2030 ambitions.

Despite a substantial increase in aid to LDCs for water supply and sanitation, the region must take action to reverse negative trends on water use efficiency and the protection and restoration of water-related ecosystems. A large population still lacks access to safely managed drinking water services and basic handwashing facilities, especially in rural areas. Progress towards those targets is too slow to achieve Goal 6 by 2030.

Together with Goal 9, the greatest progress in the region has been made towards the Goal 7. Access to electricity has expanded, and there is increased international financial support flowing to developing countries for research and development on clean energy and renewable energy production. Nevertheless, renewable energy as a share of total energy consumption is declining in the region, and that negative trend must be reversed.

Progress in the region is nearly on track and must be maintained to achieve the 2030 targets. The expansion of mobile network coverage, in particular, and the official flows for infrastructural to LDCs are remarkable areas of progress. Looking to the future, the region needs to secure more financial support for small-scale industries and expand the share of medium-high and high-tech industry in total manufacturing value-added.

Very little progress has been made since 2015 on the targets of sustainable cities and communities. Despite progress in implementing national and local disaster risk reduction (DRR) strategies, human and economic losses from natural disasters continue to increase. Progress towards reducing urban air pollution since 2015 has been stagnant, and there are still large populations living in slums or inadequate housing.

Reversing the negative trend on climate action should be the top priority of the region, but the available data show significant regression against the 2015 baseline for Goal 13. While data are insufficient for several targets of Goal 13, the existing evidence on the measurable targets suggests GHG emissions in the region have continued to rise, and natural disasters are having an increasing impact on people and economies.

South-East Asia is making strides in building resilient infrastructure and promoting inclusive and sustainable industrialization (Goal 9). Although the subregion is not on track to reach Goal 9, progress has been made in the expansion of coverage of mobile (2G, 3G and 4G) networks. Coverage of mobile networks in Brunei Darussalam, Indonesia, Malaysia, Singapore, Thailand and Viet Nam is well over 95 per cent.

Nevertheless, infrastructure development, research and development, and domestic technology advancements must remain on course to achieve the target. The subregion remains on track to eradicate poverty (Goal 1) for individuals living below international and national poverty lines, including in Indonesia and the Philippines, which have the highest prevalence of poverty in the subregion with 5–6 per cent of the population living below $1.90 a day.

Factors negatively affecting the progress of Goal 1 are losses due to natural disasters and the continued lack of government spending on basic services (education and health). Progress was also made towards life on land (Goal 15), resulting mainly from compliance with international frameworks for managing biodiversity and protecting mountain biodiversity by expanding protected areas.

However, these achievements have not been enough to stop further loss of forest areas and biodiversity (measured by the Red List Index) in most parts of the subregion. Little headway has been made in the subregion towards several SDGs. These include quality education (Goal 4) with signs of regression in inequality indices and relatively low reading and mathematics proficiency among children and young people. Cambodia, Indonesia, the Philippines and Thailand recorded less than 50 per cent of lower secondary students achieving minimum reading and mathematics proficiency for both sexes.

Relatively stable rates of GDP growth and increased economic activity contributed to progress towards decent work and economic growth (Goal 8). However, regression in improving efficiency in use of natural resources (material footprint and domestic material consumption) as well as a lack of progress towards compliance with labour rights have undermined overall progress. Partnership for the goals (Goal 17) also showed little progress in the subregion because most governments’ revenue fell below 30 per cent of GDP and technical cooperation for official development assistance was significantly reduced. The subregion is regressing on five goals.

The most substantial regression was against climate action (Goal 13), where increased GHG emissions and casualties from disasters have negatively impacted efforts. Responsible consumption and production (Goal 12) was also adversely affected by increased material footprint and material consumption, and fossil-fuel subsidies as a share of GDP remain high in some countries. A reverse trend in clean water and sanitation (Goal 6) occurred owing to increased water stress and the inability of countries to protect and restore water-related ecosystems.

Sustainable cities and communities (Goal 11) was greatly affected by road traffic deaths and human and economic loss from disasters. The trends in these goals must be reversed if the subregion is to make sufficient improvement towards achieving the SDGs by 2030. Very little evidence is available to measure progress on life below water (Goal 14). However, existing data show the situation is deteriorating compared to 2015. South-East Asia needs to accelerate progress or reverse current trends in Goals 4, 6, 8, 11, 12, 13, 14, 16 and 17 if the subregion is to meet the 2030 deadline.

The entire report can be accessed here.