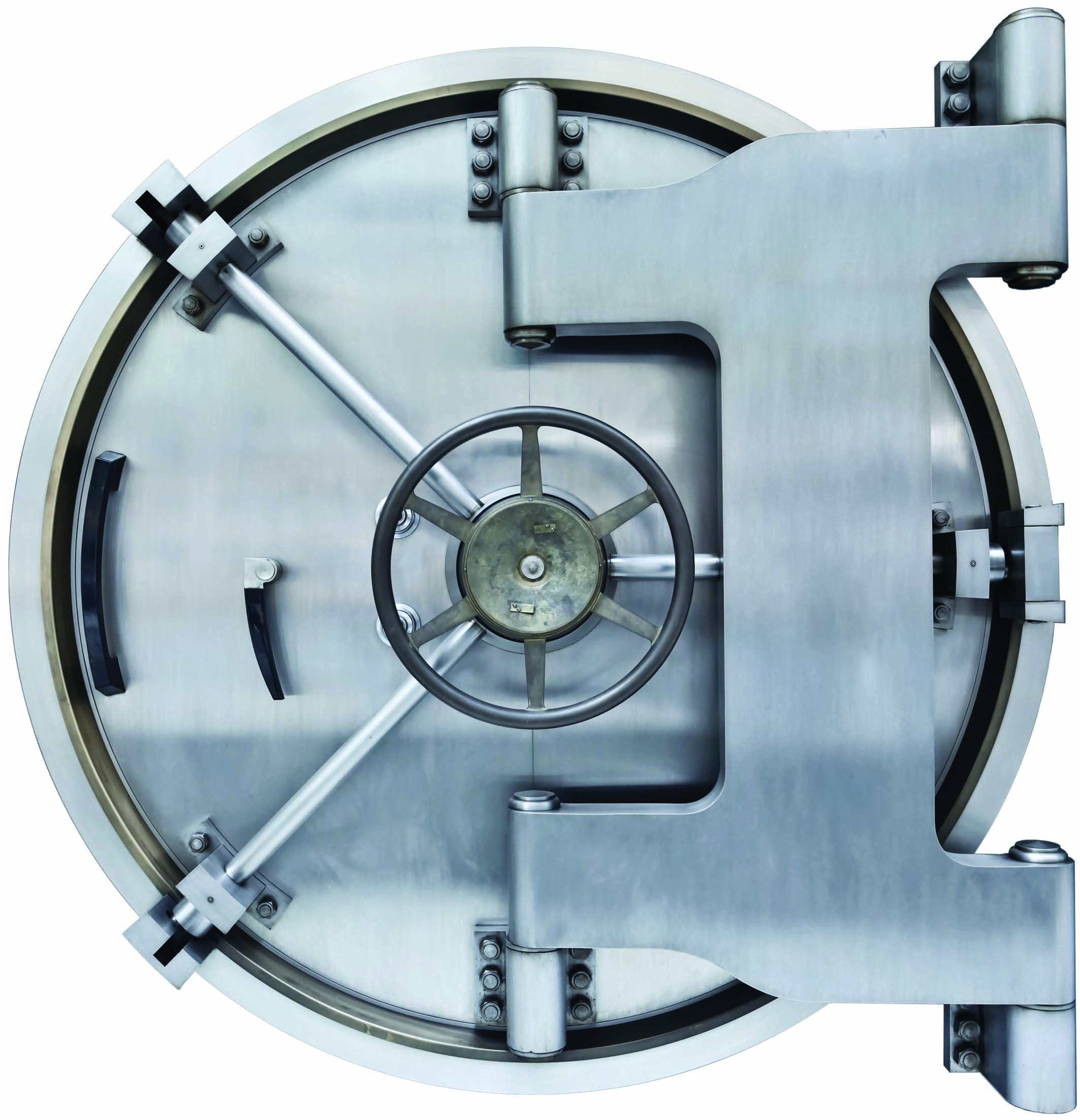 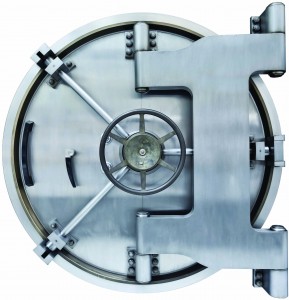 Infrastructure assets tend to provide secure and inflation-adjusted returns over a long period; thus, bond markets are ideally suited for raising financing for such projects. Over the past decade, governments and developers in Southeast Asia have had increasing success in leveraging upon private capital for infrastructure financing through the bond markets. Nonetheless, the region’s bond markets still lag behind their counterparts in the developed markets, though economies such as Malaysia, Thailand, and the Philippines are beginning to be viewed as attractive destinations for bond investors.

Uneven development of bond markets in the region

Historically, infrastructure projects in the region have been mainly dependent on financing from the government, multilateral agencies, and commercial banks. However, these sources are inadequate to cater to the huge financing needs, thus making the region’s bond market an increasingly critical player in addressing the growing infrastructure financing needs. K. Nishimura, Chief Executive Officer of the Credit Guarantee and Investment Facility (CGIF), explains: “Emerging countries in Southeast Asia are facing huge financing needs for infrastructure. With limited public and private resources, especially in view of the budgetary constraints of the governments and possible impact of Basel III norms on bank finance, it is natural that there is a growing expectation for bond markets to fill the gaps in infrastructure financing needs. However, in order to realise this expectation, there are still many hurdles and challenges which need to be overcome.”

Currently, the level of development of bond markets in the region varies across countries. For instance, in economies such as Indonesia, Malaysia, the Philippines, Singapore, Thailand, and Vietnam, both the government and corporate bond markets are thriving. In particular, Thailand and the Philippines are increasingly implementing projects through public–private partnerships, which involves tapping into local and regional bond markets to cover most of the private capital needs. Recently, PTT, the state-owned oil and gas firm, successfully carried out a bond issuance of $6.4 million in Thailand, while the Manila Electric Company issued bonds worth $0.5 million in the Philippines. Further, Thailand is also positioning itself as a regional bond market of choice for borrowers; the country has also started issuing US dollar-denominated bonds.

On the flip side, bond markets in countries such as Brunei, Cambodia, Laos, and Myanmar are still at a nascent stage of development. This situation has in turn affected intra-regional financial flows, thereby hampering the region’s financial integration. Hence, it is particularly difficult for these countries to access funds from their neighbouring counterparts, as highlighted by Nishimura: “For projects in these countries, accessing neighbouring bond markets has been challenging primarily due to the currency mismatch and the inability to hedge the foreign exchange exposures for long periods into the future. Further, the low sovereign credit ratings of these countries could also be an additional barrier for intra-regional funds to be mobilised within the region.”

In addition, there are also issues related to liquidity in the region’s bond markets. To develop liquid bond markets, the existence of risk management products such as interest rate and currency swaps, credit default swaps, and other derivatives are required. Although such products are already widely available in economies such as Singapore, Malaysia has also made notable progress in developing its derivatives markets. However, on the other hand, countries such as Indonesia, the Philippines, and Thailand still have a long way to go in this area.

Another major issue with respect to bond financing for infrastructure is the inability of investors to evaluate and undertake early-stage risks associated with such projects, as Nishimura further explains: “Even for the countries in the region where bond markets are already well developed, most of the bond investors do not have the expertise and internal capacity to assess and monitor project risks and are not yet ready to be involved in infrastructure finance.”

Such a challenge can be addressed by bringing in various kinds of capital at different stages of a project. For instance, commercial banks that have the expertise to evaluate risks associated with infrastructure projects can structure debts such that the construction stage of the project can be financed by a bank loan after which it could be refinanced in the bond market during the post-construction phase. Hence, institutional investors would be able to gain exposure from a steady stream of cash flows from operating projects, while banks would be able to recycle capital to lend to greenfield projects.

Given the large funding requirements, the governments in the region also need to play an active role by initiating efforts to establish a sound foundation and adequate depth to their respective financial markets. For a start, they need to focus on setting up a legal, regulatory, and supervisory framework that can win investor trust, as well as the infrastructure to support issuance and trading. Once this foundation is established, interventions to specifically promote bond market development will be more effective. Many of the successful bond markets in the region have applied this strategy. Malaysia and Thailand, for instance, initiated comprehensive capital market “masterplans” in 2001 and 2002, respectively. The first Thai initiative was followed by a second masterplan in 2006 and a third in 2009, with Malaysia launching a follow-on masterplan in 2011. 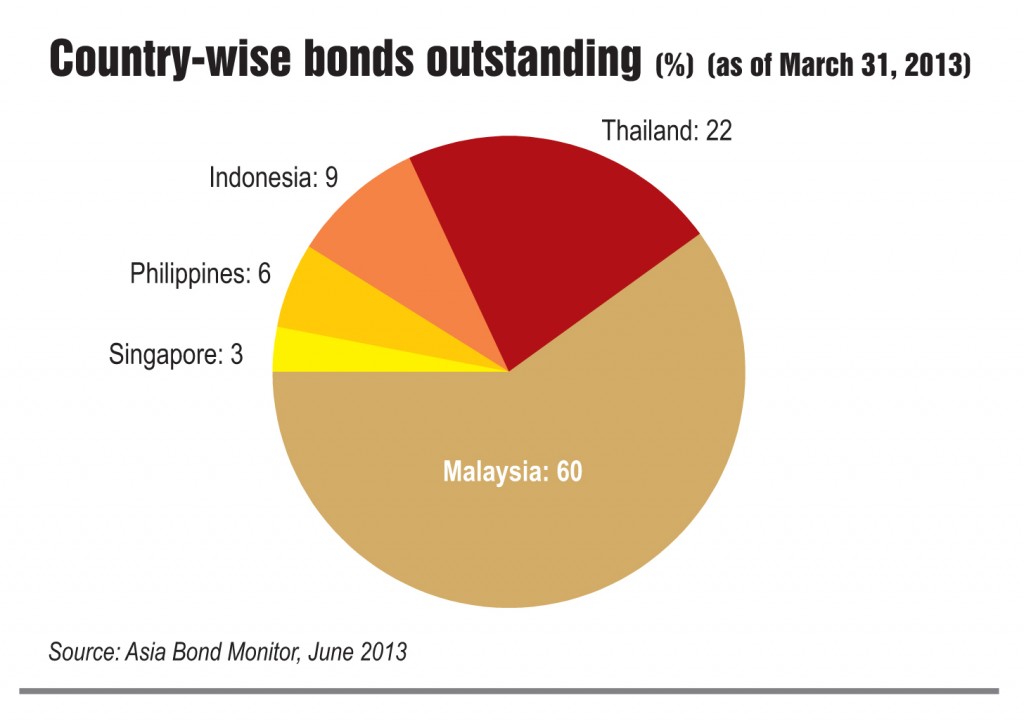 Another aspect that can reduce the risk perceptions associated with infrastructure projects is removing bureaucratic hurdles that undermine their implementation. Moreover, efforts to enhance returns from infrastructure projects by standardising their structuring and ensuring equitable allocation of risks would go a long way towards improving the bankability of such assets. The provision of credit enhancement facilities by multilateral agencies and bond ratings would also help in boosting investors’ appetite for infrastructure bonds.

In fact, the CGIF–Asian Bond Market Initiative (ABMI) was established by the Asian Development Bank and ASEAN+3 nations precisely to mitigate project risks through the provision of credit guarantees for project loans. As Nishimura states, “Given the nature of infrastructure projects, which require long-term local currency (LCY) funds, the infrastructure sector should be one of the main beneficiaries of the ABMI.” Such initiatives will help in catalysing private sector participation by crowding in investor interest. Other global agencies such as Asia-Pacific Economic Cooperation have also made long-term investments a priority item on its agenda. 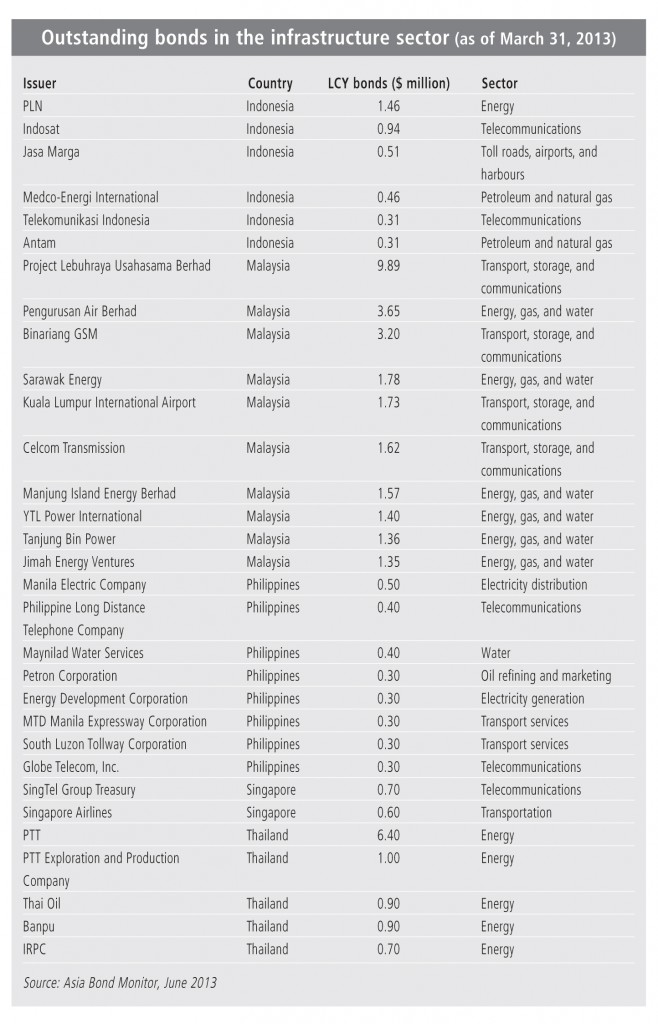 For the times ahead, meeting the huge funding requirements of the infrastructure sector in the region will depend on how well the financial markets are developed and tapped, particularly those pertaining to long-term financing instruments such as bonds and pension funds. To ensure ease of access to these funds, the respective governments, private sector players, and multilateral agencies need to collaborate effectively to foster the creation of deep and efficient financial markets. Thereore, challenges such as investors’ reluctance to enter the infrastructure sector, liquidity issues, along with bureaucratic and coordination problems should be addressed. Taking such proactive steps would not only strengthen the infrastructure sector, but also provide a sturdy foundation for the promotion of future economic growth in the region.