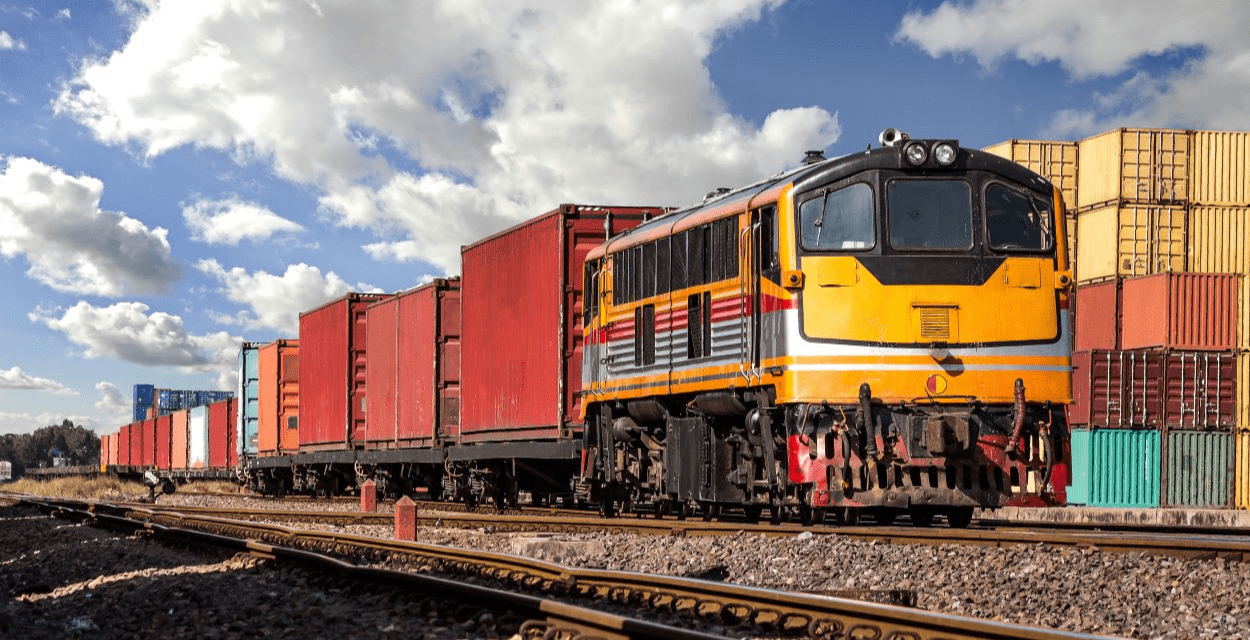 The transport sector has become one of the primary sources of emissions, noise pollution, and climate change. In Southeast Asia (SEA) alone, the sector accounts for almost 40 per cent of global greenhouse gas (GHG) emissions and 23 per cent of carbon emissions.

However, as the region’s economies expand, sustainable transportation has become a top priority for its governments. Transportation and mobility have proven to be key drivers of economic growth and job creation.

At present, the region’s transport sector is still very reliant on fossil fuels. A rapid uptake of sustainable mobility options as well as expanding capacity of existing public transit systems is required to reduce vehicle emissions at the scale required to meet climate goals.

Transport infrastructure is one of the decisive factors determining the connectivity of a sub-region. Southeast Asia is well situated at the crossroads of major global trade lanes, including Asia-North America, Asia-Europe, and Intra-Asia. Growing international business activities and booming sub-regional markets have led to a dramatic transport demand increase in all transportation modes.

However, Southeast Asia is not a homogenous sub-region. The nature of transport requirements varies across the countries in the subregion, which consists of a mixture of mainland, including landlocked countries, and archipelagic countries. According to the World Economic Forum (WEF) global competitiveness report (WEF, 2019), there is a big disparity among Southeast Asian countries in terms of their overall transport infrastructure scores.

Singapore, ranked number one in the world, is followed by Malaysia, ranked 29th. The countries on the Indochinese Peninsula form a group with some variation, and the rankings are Thailand (53rd), Viet Nam (66th), Lao PDR (87th), and Cambodia (96th). The two archipelagic countries, Indonesia and the Philippines, have quite different situations, being 55th and 102nd in the rankings, respectively. Meanwhile, the two countries (Myanmar and Timor-Leste) not included in the evaluation are also believed to have significant room for improvement.

Generally, the sub-region is on the core trunk routes of the global networks for air transport and maritime shipping. Nonetheless, a significant difference in the level of connectivity exists between the countries with and without a hub status. Additionally, the road and railway routes within the sub-region still require substantial investments, despite substantial achievements, such as the increase in kilometres of paved roads and the expansion of expressways.

The Asian Highways and Trans-Asian Railways networks are the backbone of the land-based transport infrastructure in Southeast Asia. Since its inception, they have been included in the plans of regional co-operation organisations and individual countries. For example, the Memorandum of Understanding on the Development of the ASEAN Highway Network (AHN) Project was signed in 1999 to connect 23 designated routes with a total length of 38 400 km. There are no longer missing links in the AHN, and the focus is to upgrade the Below Class III roads and the Class II or III sections with high traffic volume (ASEAN Secretariat, 2015b). As for railways, Indonesia (5 483 km), Myanmar (5 031 km), and Thailand (4 092 km) are the leading countries in terms of total railway length, followed by Viet Nam (2 481 km) and Malaysia (1 655 km). Most railways are not electrified, with the exceptional case of Malaysia (47.3%) (UN ESCAP, 2021b).

Furthermore, to enhance the cross-border links in the sub-region, a flagship project to link Singapore with Kunming in China was initiated at the 5th ASEAN Summit in December 1995, namely the Singapore-Kunming Rail Link (SKRL) Project. The SKRL will link major cities in seven countries – Singapore, Malaysia, Thailand, Cambodia, Viet Nam, Lao PDR, and Myanmar.

As an integral section of SKRL, the electrified railway service between Vientiane and Boten on the Lao PDR-China border (414 km) was inaugurated in December 2021 (Medina, 2021). In addition, two more SKRL-related projects are included in ASEAN’s latest transport strategic plan, a 255 km connection between Phnom Penh and Tra Peang Sre (Cambodia/Viet Nam border) and a 129 km connection between Loc Ninh and Ho Chi Mihn City (Cambodia/Viet Nam border) (ASEAN Secretariat, 2015b).

All of the coastal and island countries in Southeast Asia are well linked to the global shipping network primarily by direct shipping services and partially by transshipment through regional hub ports. However, Lao PDR, the only land-locked country in the sub-region, still experiences significant difficulty for port access. Based on the United Nations Conference on Trade and Development (UNCTAD) Liner Shipping Connectivity Index for 2011-2019 (World Bank, no date), shipping connectivity has been steadily increasing at a modest rate in all Southeast Asia countries.

Viet Nam has the most notable annual growth rate, with the connectivity score increasing from 48.2 to 66.51 between 2011 and 2019, mainly attributed to its increasing participation in global value chains. However, the indices of the countries in the sub-region vary considerably. Based on the data of 2019, the top one, Singapore (108.1), is undoubtedly a world-leading hub, followed by Malaysia (93.8). Thailand (52.9), Indonesia (44.4), and the Philippines (30.6) form the second leading group. They are covered by regional shipping routes but must rely on transshipment for trans-oceanic routes serving inter-regional trades.

The rest of the countries, Myanmar (8.5), Cambodia (8.0), Brunei Darussalam (7.7), and Timor-Leste (2.9), rely heavily on the ports of their neighbouring countries. An expansion in air transport services has been observed for the Southeast Asia countries from 2011 through 2019, with an annual growth rate of 7.5% in passenger traffic for the entire sub-region (World Bank, no date).

The ASEAN Single Aviation Market initiative is a critical factor in boosting growth. Particularly impressive growth has been observed for Viet Nam (15.7%) and Thailand (11.5%), mainly due to the investments in new and existing airports and the increased frequencies mostly attributed to the rising low-cost carriers. Although partly due to their low-base volume, Cambodia (14.0%) and Myanmar (11.6%) also made remarkable progress, directly resulting from their raised international engagements regarding trade, investments, and tourism. Indonesia and the Philippines, the two archipelagic countries backed by vast domestic air markets, are ranked first and fourth in terms of passenger numbers and have an annual growth rate of 3.2% and 7.7%, respectively.

For the air cargo side, the operations were stable in the sub-region, without any substantial growth. Singapore plays a dominating hub role, holding about 50% of the air cargo market. Viet Nam is the other notable country, achieving annual growth of 10.1% and market share increase from 3.3% to 9.3%. The achievement was mainly due to its successful transformation to participate in global value chains. As many multinational enterprises accelerate the relocation of manufacturing sites to Viet Nam and several Southeast Asia countries, air cargo volumes are expected to grow further.

Finally, air links are essential for remote countries, and more investments will be needed for the under-served countries. In addition to the above individual transport modes, multi-modal connectivity is crucial for operational efficiency and emission reductions. The network of dry ports can increase the operational efficiency of the highway and railway networks, extending their reach to wider areas and facilitating their integration with the region’s seaports and other transport modes. UNESCAP’s Intergovernmental Agreement on Dry Ports provides a uniform definition of a dry port of international importance, identifies the network of existing and potential dry ports, and proposes guiding principles for their development and operation.

As of 2019, the Agreement has 14 Parties and covers 226 dry ports. Among them, 28 existing and 23 potential dry ports are in the Southeast Asia sub-region (UN ESCAP, 2019). The dry port at Savannakhet, Lao PDR was, for example, opened in 2016 on the border with Thailand. Together with others under construction and planning, the dry port system will help to transform a landlocked country into a land-linked country (MPWT, 2019).

The growing population and the fast urbanisation in this sub-region have led to a substantial rise in people’s activity, with a consequent impact on mobility levels. For example, Indonesia’s passenger transport activity grew by 43% between 2010 and 2019, reaching a level close to 115 billion passenger kilometres. A diverse range of transport modes co-exist within urban areas to accommodate the growing needs. In particular, much travel in this sub-region is done by non-motorised transport (NMT), either walking, bicycles, or non-motorised paratransit, complementing the typical public transport services. App-based ridesharing services, such as Didi, Grab, Go-Jek, Uber, and Ola, are on the rise (UN ESCAP, 2021c). There is also interest in solutions such as bikesharing, demand-responsive transit and Mobility as a Service (MaaS). Smart mobility in this sub-region is expected to play an important role in making travels safer, smarter and greener (UN ESCAP, 2022).

The entire report can be accessed here.